Chat With Us
You are here: Home / Press Releases / Singapore Gross Domestic Product Shrunk 1.1% in Second Quarter of 2012 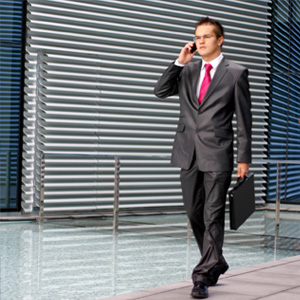 Singapore’s economy has contracted by 1.1% in the second quarter of 2012 on a seasonally adjusted and annualized basis, compared to a 9.4% growth in the preceding quarter, according to recent data released by the Ministry of Trade and Industry.

The weakened GDP is attributed largely to a sequential decline in the manufacturing sector, an industry that contributes to approximately 30% of the Singapore economy. A drastic decrease in biomedical manufacturing output triggered a 6% decrease in overall manufacturing GDP, offsetting last quarter’s robust 20.9% expansion.

Meanwhile, the Asian Development Bank (ADB) has cut its growth forecast for Asia, projecting a 6.6% growth this year, down from its 6.9% forecast released in April. Moreover, the ADB adjusted its outlook for 2013 from a projected 7.3% growth to 7.1%.

Singapore, the financial epicenter of Southeast Asia, has always proved resilient amidst global economic turmoil. However, Singapore company incorporation specialist Rikvin now hints that there may be cause for concern.

“The weakening of the GDP is a sign that Asia is starting to feel the effects of the economic unease in Europe and the United States,” observed Mr. Satish Bakhda, General Manager and Head of Operations at Rikvin. “The instability of the global market has reduced the demand for exports, and Singapore’s trade-dependent economy is among the first to suffer the consequences.”

“Currently, we face the possibility of a technical recession,” Mr. Bakhda added. “For businessmen and entrepreneurs seeking to form a Singapore company, this can affect prospects,” he continued.

However, in spite of the present quarter’s setback, Singapore’s economy continued to expand at a modest 1.9% on year-on-year basis, owing mainly to a steady growth in the construction sector and a moderate increase in the service sector.

“Singapore’s economy has always been resilient, and we have historically recovered from worse pitfalls. There is still cause for optimism for the rest of the year. Growth is volatile, but it continues at a steady pace,” Mr. Bakhda enthused.

“Although current forecasts are grey, there is no reason to panic. Rather, we should take this lowered momentum as a stimulus to increase our efforts to offset the impact of the worsening financial crisis in the west. For example, we can continue to attract foreign investors to start a Singapore company and improve trade policy to boost the industry,” he concluded.