Chat With Us
You are here: Home / Press Releases / Singapore to Halve Volume of Foreign Mid-Skilled Workers 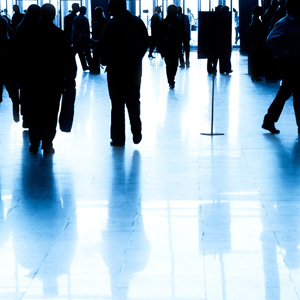 Singapore is set to halve the number of S Pass holders come 1 July 2013. The Singapore work pass, which is conferred to foreign mid-skilled workers, has been issued to 142,400 workers at the end of 2012. According to the Ministry of Manpower, one in two, or approximately 70,000 S Pass holders will be affected when their passes are up for renewal.

Singapore company registration specialist Rikvin notes that the slated cuts are set to follow new eligibility criteria that will kick in come 1 July 2013. Tougher requirements are set in a bid to encourage employers to bring higher calibre S Pass workers on board and to limit the inflow of less-skilled foreign workers via the S Pass. In addition, these measures seek to level the playing field for Singaporeans, who have been ousted by foreign candidates due to price competition and in spite of similar qualifications and experience.

The message is clear though, just as work permit holders must add value through multi-tasking, S-Pass holders must also demonstrate sound qualifications and better salaries in order to earn one’s keep in Singapore.

With effect from 1 July 2013, new S Pass applications must meet a higher qualifying salary of S$2,200 per month and higher, up from S$2,000 per month. Older and more experienced applicants are also expected to qualify under higher salaries, commensurate with their skills and work experience.

As part of their applications, candidates from the People’s Republic of China are expected to authenticate their qualifications from independent verification channels such as the China Higher Education Student Information and Career Center, China Academic Degrees & Graduate Education Information and Dataflow.

Ms. Christine Lim, General Manager of Rikvin said, “The move seems to dovetail with two national aims i.e. creating more inclusive growth for Singaporeans who have been marginalized in recent years as well as to create quality economic growth that is built on higher value added activities. However, it will be painful for many firms that are trying to cope with stricter foreign manpower and higher productivity imperatives. The message is clear though, just as work permit holders must add value through multi-tasking, S-Pass holders must also demonstrate sound qualifications and better salaries in order to earn one’s keep in Singapore.”