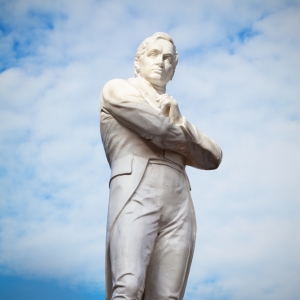 One of Australia’s wealthiest billionaires has announced plans to relocate to Singapore. Coal magnate and public figure Nathan Tinkler, through his spokesperson Tim Allerton, has confirmed his intentions to make Singapore his “principal place of residence.”

Earlier this year, Facebook co-founder Eduardo Saverin made waves just weeks prior to the social network giant’s anticipated IPO by renouncing his U.S. citizenship. Saverin, who has been residing in Singapore since 2009, was accused of avoiding a huge tax payout from his estimated $3 billion stake in Facebook.

Albeit not as famous as 30-year-old Saverin, Nathan Tinkler, 36, is a celebrity in his own right. Currently the 26th richest person in Australia, Tinkler made his fortune by selling his house to finance the purchase of an old Queensland coal mine for $1 million, which he later sold for a massive $441 million.

To date, his assets include lucrative mining interests, the rugby league team Newcastle Knights, the premier league Newcastle Jets soccer team, plus several luxury properties. His purchases of sporting teams, fast cars, thoroughbreds and expensive toys have frequently landed him in the news in recent years.

According to Allerton, Tinkler’s relocation to Singapore is intended to bring him closer to the Asian markets, investors and financiers. “He just wants to be closer to the markets, to Asia,” the spokesperson said.

“Singapore has one of the lowest personal income tax rates in the world, capped at only 20%. In Australia, the nation’s wealthiest individuals are required to pay a maximum of 46.5% in personal taxes. That’s a huge difference,” observed Mr. Satish Bakhda, Head of Rikvin Operations.

“Another factor is Singapore’s attractive investor schemes, such as the global investor program that allows foreigners to become permanent residents though substantial investments,” added Mr. Bakhda. “Likewise, the Singapore EntrePass program is also ideal for entrepreneurs and investors who wish to form a Singapore company.”

Incidentally, a 2010 survey by the Boston Consulting Group ranks Singapore as the top country with the highest proportion of millionaire households, indicating local economic resilience amid a generally unfavorable global outlook. According to the report, in a population of 5.2 million, approximately 11.4% households in Singapore have assets exceeding $1 million.

Such manifest prosperity is enticing the likes of Saverin and Tinkler, and perhaps more high profile millionaires from all over the world, to relocate to Singapore.