You are here: Home / Blogs / Immigrants Move to Singapore for Economic and Cultural Reasons: LKYSPP Study 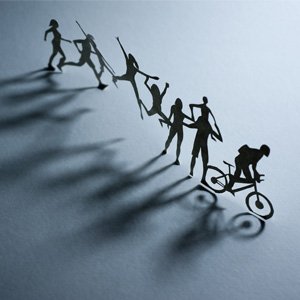 Immigrants are coming to Singapore primarily for economic reasons, a study done by the Lee Kuan Yew School for Public Policy has found. They are also attracted by the possibility of getting citizenship.

According to a Channel News Asia article titled “Immigrants move to S’pore for economic, multi-culturalism reasons”, the study said economic factors were the prime reasons for emigrants to choose Singapore, with the secular nature of multiculturalism, intercultural harmony and the possibility of achieving citizenship being added bonuses.

Moreover, many immigrants were appreciative of the high levels of fairness and transparency present at their workplaces and in their social circles. The authorities have also imposed similarly high standards in their dealings with foreigners. There were also opportunities available to them due to a fair and just system. 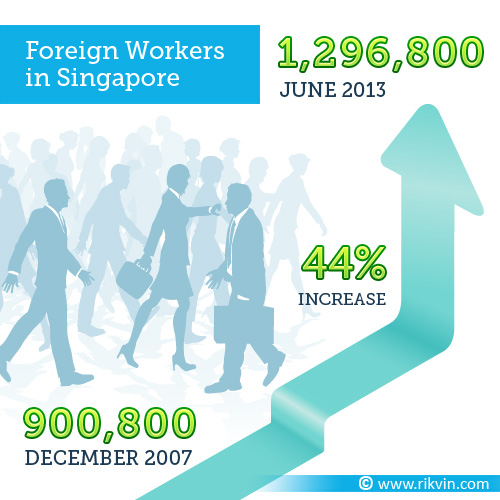 Statistics from the Ministry of Manpower has shown that the total number of foreign workers in Singapore was on an upward trend from 900,800 in December 2007 to 1,296,800 in June 2013. This is an increase of approximately 44% over a period of more than 5 years.

However, Rikvin acknowledges that this number is expected to stabilise in the future as the Singapore government has introduced a slew of measures to calibrate the inflow of foreign talent.

There is also still room for highly-skilled expatriates who can contribute to the well-rounded development of Singapore even with the recent changes in foreign manpower policies.

This is especially true for those who are on premium work visas like the Personalised Employment Pass, Employment Pass and Entrepreneur Pass, as they are expected to contribute more niche expertise and skills to the Singapore economy.

Mr. Satish Bakhda, Head of Operations, Rikvin, said immigrants have made the right choice in choosing Singapore as a place for settlement.

Singapore offers a very stable and friendly environment for both foreign entrepreneurs and employees. The stable economy and high regulatory standards have encouraged much inflow of capital and investments. Businessmen and workers will find that they have much to gain by setting up a presence in Singapore.

“Singapore offers a very stable and friendly environment for both foreign entrepreneurs and employees. The stable economy and high regulatory standards have encouraged much inflow of capital and investments. Businessmen and workers will find that they have much to gain by setting up a presence in Singapore,” he said.

Mr. Bakhda also said that Singapore would do well to maintain at least a sizeable inflow of immigrants.

“A good number of immigrants have successfully set up businesses and firms. They have that entrepreneurial spark and drive to succeed, whereas it can sometimes be hard to find such spirit in locals. Also, for certain sectors such as the food and beverage industry, and the construction industry, there is still an overwhelming need for human labour,” he said.

More From Us: Singapore’s Economic Success – A Model to Emulate »

We make moving to Singapore simple

Enjoy peace of mind with Rikvin's fast relocation and immigration services for both individuals and corporate entities.