You are here: Home / Blogs / India Making All the Right Moves for Foreign Investment 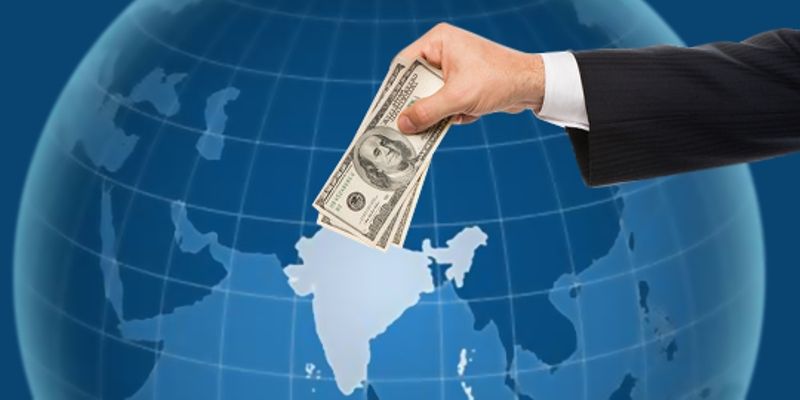 — but It’s Still Better to Reach India Through Singapore

It’s not often you see a country leap ahead 53 places (in two years) in terms of the best countries to do business in. And signs are that the trend is set to continue for India foreign investment with their government cutting the corporate tax rate from 30% (excluding taxes and surcharges) to 22% this week.

The tax rate has been slashed even further for manufacturing companies who will pay only 15% (effective 17.01%) in corporate tax for operating in India.

The step to cut corporate tax is historic. It will give a great stimulus to #MakeInIndia, attract private investment from across the globe, improve the competitiveness of our private sector, create more jobs and result in a win-win for 1.3 billion Indians” Indian Prime Minister Narendra Modi stated on Twitter.

Sentiment among Indian business has also been enthusiastic, with the likes of Biocon CEO Kiran Mazumdar-Shaw saying “This is the best move ever. This will kick-start the economy.

These thoughts were reflected in the Sensex, where the positive move gave the Indian stock market its biggest one-day increase in 10 years. 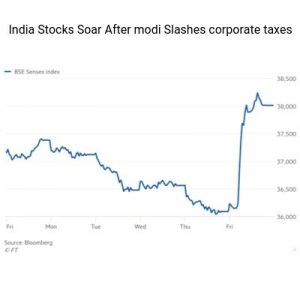 India has been making continued and aggressive moves toward providing a viable manufacturing competitor to China, with Finance Minister Nirmala Sitharaman’s corporate tax cut being the latest.  This increasing liberalisation of their markets will no doubt be exciting news for India foreign investment investors wishing to diversify their manufacturing bases, as to not rely so heavily on China.

While this initiative will cost the Indian Government $20bn in revenues each year, they are betting the investment will boost India foreign investment, which will, in turn, improve their last six years of slow economic growth.

We are conscious of effect tax rebate will have on the fiscal deficit; we will reconcile numbers,” Sitharaman said.

India’s central bank has already cut their rates four times this year, and their benchmark rate is at a low for almost the last 10 years.

Despite this dramatic move, however, investing in India via Singapore remains the more viable option for international investors.

As it stands with the latest Indian tax cuts, a foreign investment investor from the likes of the United States will still likely face a second round of tax in their home country.

Singapore enjoys a Double Taxation Avoidance Agreement (DTAA) with India, meaning any dividends from an Indian subsidiary would be exempted from tax in Singapore. So while Indian corporate tax rates are now as low as 15%-22% (before taxes and surcharges) a United States based investor could pay literally zero tax for their Indian operation if they route through a Singapore corporation.

Ofcourse qualifying conditions must be met, but it’s been this way since the DTAA agreement was signed as part of the Singapore Treaty in 1994.

More appealing still, the United States-based investor could save even further if they keep their investments in Asia for future investments. For example, if profits from an Indian operation are routed through a Singapore holding company, and then on to a Vietnam subsidiary, no Singapore tax would be imposed on those Indian profits. As a result, there would be no tax ramifications at all for the United States-based parent company.

As it stands with the latest Indian tax cuts, analysts at incorporation experts Rikvin believe that a United States-based investor could reduce their overall tax burden from 35% to just 22% by operating via Singapore.

The DTAA agreement between Singapore and India is so robust, that even if the United States parent company wished to exit out of the Indian market, any capital gains obtained by the Singapore holding company would not be subject to tax in India. 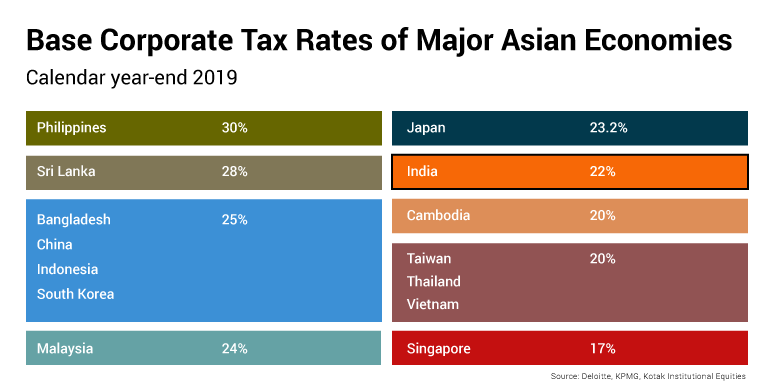 At the very least, if not a significant tax saving, the United States-based investor would also manage its home country tax with much less paperwork and administration.

While demand for direct investment into India remains to be seen after these tax cuts, at the very least, it will be an opportunity for Singapore to further showcase its position as the superior alternative for India foreign investment.

In comparison, the Indian market, on the other hand, has its hurdles to entry, with cumbersome incorporation processes, filings for every dividend drawing, and obstacles to exiting the market.

Investment into Singapore, however, has long been a relatively simple, quick, and transparent process, where incorporation can be completed in as little as one day. Incorporating in Singapore also means a lot less paperwork, and the ability to exit markets easily.

It’s strong policies like this that keeps Singapore ranked as the #2 nation on earth in which to do business.

Invest in India thru Singapore.

Let us help you expand your business in India thru Singapore. There are clear structural benefits using Singapore as a gateway to expand into India. Contact us today to get you started.

How to Bid and Win Government Contracts: A Simple Guide for SMEs
A Taiwanese opinion on Singapore for foreign startups