You are here: Home / Blogs / Rewards for Good Workers Should be Linked to Productivity 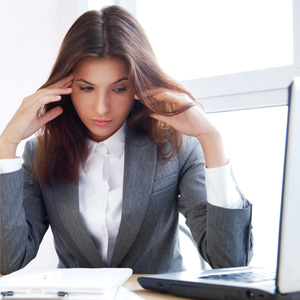 Workers who display excellence in their jobs must be rewarded if a firm wants to retain them. Rewards can also increase the levels of productivity and innovation in a firm.

This would also encourage workers to work smarter and more productively, instead of keeping their production capacity at a steady state.

Data from the Department of Statistics Singapore found that the labour productivity of Singapore is on a general downward trend, with productivity growth remaining elusive. Productivity in the 2nd quarter of 2013 decreased by 0.3%, a smaller drop compared to a decrease of 3.8% in the first quarter.

According to Michael Wan, analyst at Credit Suisse, this reflects evidence that the economy has shifted towards more domestically oriented services sectors which have relatively lower levels of labour productivity.

Employers should be open to the idea of rewarding staff with salary increases and extraneous benefits like perks, especially if the staff has shown great initiative and productive capacity. An outward and visible form of appreciation and recognition is also important.

Rikvin acknowledges that while sufficient compensation is essential for hardworking employees, the degree of reward for staff who have performed should be linked to productivity factors, for example, the degree of innovation which an employee brings to the company instead of merely working longer hours.

Behaviours which increase the managerial skills of other staff or those which fine-tune important processes should also be more handsomely rewarded. Hence, such compensation could be seen as cultivating and increasing the quantity and quality of human capital in a firm, leading to a more efficient workforce.

Mr Satish Bakhda, Head of Operations of Rikvin, said that rewarding hardworking staff is something which businesses should do, especially if they want to increase total factor productivity.

“Employers should be open to the idea of rewarding staff with salary increases and extraneous benefits like perks, especially if the staff has shown great initiative and productive capacity. An outward and visible form of appreciation and recognition is also important.”

“We see this happening in the services sector such as the hotel and food and beverages industries, where the pay of low-wage workers have risen by more than 10% in the past 3 years. But these industries can do more to attract workers from competing firms and achieve a higher degree of innovation and productivity,” Mr Bakhda added.