You are here: Home / Blogs / Tax Benefits of a Singapore Holding Company for Investment in India 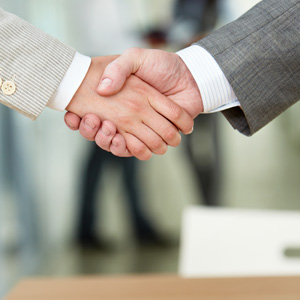 With the Indian Government’s renewed focus on easing business practices in the country, investing in India may seem increasingly attractive to businesses worldwide. But the real question is whether to set-up a subsidiary in India itself or choose another jurisdiction for setting up a holding company.

A comparison between some of the popular holding company incorporation destinations such as Mauritius, Cyprus, Netherlands etc. reveals that the city-state of Singapore beats the competition hands down.

Apart from the obvious advantage of limiting the legal liability of the parent company towards its Singapore-based investment holding, it also enable foreign companies take advantage of the city-state’s various tax treaties and tax policies.

Use our global tax calculator to see how other countries stack up to Singapore’s corporate tax rates. 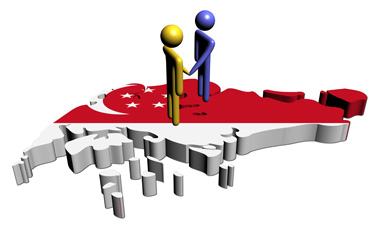 To enter India, a US company can choose to do direct investment there. But this may not be a good idea with regard to taxation because the case/profits from the Indian subsidiary, which may potentially be used for investment elsewhere in Asia can be considered tax-liable by the US authorities. This so as the profits would likely have to be routed through the parent US company first.

Compare this to the scenario where the US company incorporate a Singapore holding company first and route all its India investments through it.

So the structure will be:

Additionally, this might also create significant tax-savings for the parent US company, or at least allow it to manage its taxation under US tax law far better.

Moreover, US taxation on the India Subsidiary profits may also not be applicable if these profits are kept with the Singapore Holding for future investments in Asia. For instance, if profits from the Indian Subsidiary are routed through to a Vietnam Subsidiary via the Singapore Holding Company (cash doesn’t move through the US Parent company), no Singapore tax is imposed on dividends from India and Vietnam by the city-state’s foreign-sourced income exemption scheme. No adverse tax consequences are likely to result for the US Parent company either.

The table explains what happens to tax liabilities of the US Parent, Singapore Holding and Indian Subsidiary:

Analysts believe that as per the existing DTAs between India and US, and India and Singapore, interposing a Singapore Holding Company for investments in India may reduce the overall tax burden of a US company from 35% to just under 22.5%.

Even if the US Parent company wants to dispose off the Indian Subsidiary, any gains derived by the Singapore Holding from such selling would not attract any tax in India. As per the DTA between India-Singapore, the city-state has the exclusive right to tax such gains. 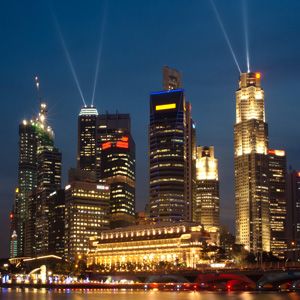