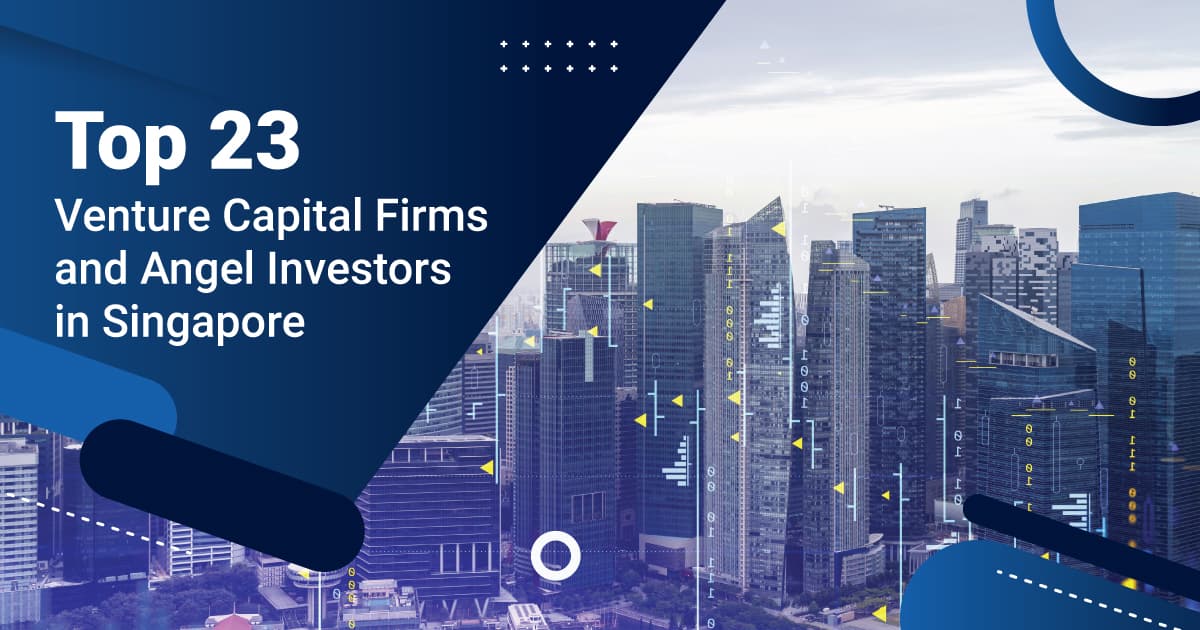 In an ever-volatile world, you would look at any index. These can include:

A major contributing factor in the startup success of Singapore is the growing pool of high-net-worth (HNW) individuals, corporations, and institutional investors.

Also, apart from private sources of funding, the Singapore government actively encourages the set-up of incubators and investments in startups through a variety of programmes.

Initiatives led by governmental bodies such as SPRING Singapore and the National Research Foundation (NRF) seek to support local startups by leveraging the expertise of third-party investors and encouraging investments through co-investment schemes.

Then, there is the option of equity fundraising. Notably, the landscape of private equity funding in Singapore is getting more robust, as the government actively encourages private investors to invest in the country’s startups with numerous tax incentives.

If you opt to finance your business by selling equity in your startup, you sell partial ownership of your company (in the form of shares) for a cash investment.

However, it is crucial for you to understand that in order to have a good chance of securing equity capital in Singapore, you need to show your potential investors these positive signs:

Alternatively, you can seek other sources of funding from venture capitalists, through angel investing, banks, investment companies/funds, or financial institutions.

Angel investors are private investors who typically not only invest capital but also contribute their business expertise/skills in early-stage businesses in exchange for a significant share in the company.

They can be individuals, or be part of an angel network that engages in investing in businesses with high growth potential and in the industries that they are familiar with.

That said, there are some business angels playing active roles in the business while others act as sleeping partners.

Angel investors are typically wealthy HNW individuals or successful businessmen with an appetite for startup companies with higher risk (but that are promising enough to yield higher returns).

Therefore, your startup should have a high growth potential to win the favour of business angels.

Moving on to the venture capitalists: these are typically professional investors who have a more hands-on role in your business if they were to invest in your company, and they typically do so with the vested interests of their own clients’ profitability.

Venture capitalists offer not only funding but also advice on increasing your business profitability, and possibly in operational matters as well, especially if your business requires input from different areas of expertise in the team.

Popular startups for venture capital funds are those in high-growth potential sectors such as IT, biotechnology, and nanotechnology with a competitive edge in the market and longevity of profiteering.

If you intend to start a company in Singapore and need startup funding, read on for our list of the top 23 venture capitalist (VC) firms and angel investors in Singapore!

DreamLabs is a $100 million fund established to invest in disruptive, scalable, and people-focused companies in the areas of Cleantech, Fintech, eCommerce, Healthcare and Energy.

Besides capital, the fund also provides mentorship, networking, and physical infrastructure at their incubator in Singapore’s CBD.

One prominent angel investor in Singapore is Facebook’s co-founder Eduardo Saverin. He launched his venture capitalist firm B Capital Group in 2014 with a $144 million venture fund focused on India, Southeast Asia, and the US.

B Capital Group supports the next generation of ground-breaking technology companies and has offices in Los Angeles, San Francisco, and Singapore. It has partnered with the Boston Consulting Group, and its incubation arm BCG Digital Ventures.

With founding partners in Singapore and San Francisco, this is a VC firm in Southeast Asia bridging Silicon Valley and Asia through investment, experience, and relationship building, and has over 60 company investments and managed US$250M AUM in funds.

One of the founding partners of the firm is Jeffrey Paine who invests in consumer internet, social media, digital entertainment, e-commerce, and crowd-sourcing.

Another founder-partner, Vinnie Lauria, who was based in Silicon Valley before moving to Singapore, has invested in Coda Payments, Nitrous, and Lenddo.

Jungle Ventures is an early-stage VC firm that is the first of its kind in Singapore. It invests in companies across Southeast Asia and India.

It aims to support ventures that can withstand the test of time, and has successfully pulled off more than 35 investments. Jungle Ventures also has a total portfolio value of over $12.5 billion.

The VC is led by a team of capable and distinguished founders, including Amit Anand and Anurag Srivastava.

500 Startups is a global venture capital seed fund with a network of startup programs head-quartered in Silicon Valley with over US$2.8 billion in assets.

It has invested in 51 companies and 2,600 startups from all over the world since its inception in 2010 including Twilio, Credit Karma, Grab, Udemy, Talkdesk, Intercom, and MakerBot.

The firm is headed by CEO Christine Tsai, with notable managing partners like Vishal Harnal, Khailee Ng, and more.

Rikvin Ventures invest in entrepreneurs with ideas that will disrupt traditional thinking & generate strong commercial returns. They focus on business where technology, innovation, and capital can unlock long-term value and drive economic growth. While it’s important for their portfolio companies to align with their vision, they realize that outliers exist and are equally keen to engage with them too. They are serial entrepreneurs who have build market-defining companies themselves.

They are addicted to helping companies they invest in do the same.

Monk’s Hill Ventures is a partnership of seasoned entrepreneurs who have built and backed global companies based both in Silicon Valley and Asia.

It is a VC firm investing in early-stage tech startups take advantage of the fast-growing Southeast Asian markets.

The firm’s co-founder Kuo-Yi Lim, has interests in enterprise software, mobile consumer internet, and Big Data; and has invested in DataXu, Gengo, Kalibrr and Reebonz.

Quest Ventures, based in China and Singapore, is a leading venture capital business for companies that have scalability and are replicable in large internet communities.

It has backed companies over 100 venture-backed companies like Carousell, 99.co, Tencent, Carro, and Shopback since its inception in 2011, with a focus on a digital economy strategy stretching across Asia.

Life.SREDA is an international VC firm headed by Slava Solodkiy, one of the world’s most influencer fintech investors, and established in 2012 in Singapore.

It has already invested in more than 20 fintech companies around the world through its two funds Life.SREDA I (US$40M) and Life.SREDA II Asia (US$100M).

Wavemaker is a versatile cross-border venture capital organisation founded back in 2003.

It is headquartered in Los Angeles and Singapore, and raised more than US$600M in several funds and invested in over 400 enterprises.

Its Southeast Asia arm is committed to investing and supporting solutions Enterprise, Deep Tech, and Sustainability.

Crystal Horse Investments was founded in Singapore and is the official fund manager of Angel’s Gate, Asia’s first reality TV series with a focus on business and entrepreneurship.

It invests in early-stage technology companies in Singapore and Malaysia where it thinks there is value in the long-term and also where the deals are headed by other leading venture capitals.

COENT provides seed and venture-stage funding to entrepreneurs and companies across all sectors in Asia.

The VC is managed by founders Shuhei Morofuji and Hideki Fujita, both pioneers in the field.

East Ventures has offices in Jakarta, Tokyo, and San Francisco, and has invested in over 250 companies across Asia and the US. Its portfolio of companies focuses on commerce, social, game, SAAS, and mobile services.

The firm’s co-founder and managing partner is Willson Cuaca, who is also the CEO of Apps Foundry. His investments include Tech in Asia, Waygo, RedMart and Megafash.

Founded in 2002, China-based Gobi Partners is a global-minded VC with an investment focus on early-stage, digital media, IT and TMT companies.

The firm has raised seven funds to date, and has invested in over 300 portfolio companies across China, Hong Kong and ASEAN over the past decade.

They include Brite Semiconductor, Camera360, CiB, CSDN, Line0, Madhouse, World Traveller and Yoyi Digital—often serving on the company’s board of directors.

Headquartered in Singapore, this VC firm typically invests in seed to Series A startups to help them raise capital, especially B2C and C2C platforms in Southeast Asia.

Its parent company is IMJ Corporation, which is the biggest digital agency in Japan.

Since the establishment of the independent Incubate Fund in 2010, it has invested more than US$170 million in 233 seed startup businesses through its related fund in the last 12 years.

Unlike other VCs, Incubate Fund provides both financial and organisational support to businesses.

Aided by the Innosight Consulting Team, it claims to have developed a proprietary methodology that enables it to spot, shape, and scale successful startup companies.

The firm’s partner Piyush Chaplot has invested in MyVR, Anchanto, Chope and LuxeNomad.

Its founder and general partner Koichi Saito was previously a director at IMJ Investment Partners and was responsible for investments in iMoney, Bukalapak, and Zipmatch.

This is the corporate venture capital arm of Rakuten Group, one of the world’s leading internet service companies.

Rakuten has built and invested in innovative internet businesses in e-commerce, financial services, digital content and advertising since 1997. The company is head-quartered in Tokyo.

The firm is headed by its Managing Partner Saemin Ahn, who invests in diverse verticals such as advertising technology and artificial intelligence. His investments include Carousell, Pocketmath and Algorithmia.

It specialises in deep technologies, AI, and data science tech startups in the fields of:

It has supported 38 startups with US$5.3m in seed funding.

Operational since 1992, the fund has provided financing to more than 100 privately-held companies through direct equity investment, mainly in Southeast Asia and Greater China.

Some of its notable investments include:

Apart from the above, entrepreneurs and companies can also access services of Rikvin Capital, which is Singapore’s alternative private funding specialists.

In 2018, they funded various projects to accredited investors and corporates who needed short-term funding for investments against their secured assets.

This is a non-traditional source of funding and is suitable for those that are affected by the Total Debt Servicing Ratio (TDSR) or have no track record with financial institutes.

There are also networks for you to refer to in seeking a business angel investor(s). An example is the Business Angel Network Southeast Asia (BANSEA) that matches startups in the seed stage of enterprise formation with business angels.

BANSEA invests in companies that offer exceptional opportunities for high returns on investment.

It usually involves early-stage ventures with a high growth potential, either in a developing market (especially in emerging markets) or in an existing market with international expansion capabilities, and that is sustainable in the long-run.

Finally, there is the option of private funds such as banks, financial institutions, and investment companies. These sources of funding are very rarely involved in an active role in managing the business.

This gives you the autonomy of conducting your own affairs in the manner you deem best, as their main purpose is to receive an attractive return (usually in the form of high interest from 7-12 percent) on their investment.

Thus, businesses that are already established, have a good credit track record, are already generating revenue in high amounts, and have a high growth potential would benefit from such sources.

In Singapore, however, there are micro loan programmes instituted by the Singapore government under the auspices of Spring Singapore and IE Singapore that facilitate your taking of small loans from participating financial institutions like UOB, OCBC, DBS, Standard Chartered Bank.

Vast Funding Options for Your Business in Singapore

Whichever capital raising or funding option you choose, it is clear that there is no lack of them in Singapore. Therefore, it makes an ideal location for you to set up your business with peace of mind.

Set up your company in Singapore

With the variety of funding options available, you can start your business in Singapore with assurance