You are here: Home / Country Reports / Ease of Doing Business: Singapore vs India

As one of the largest economies in the world, India presents a huge market and wealth of opportunities for potential investors. In addition, with Prime Minister Narendra Modi in office, the Indian government has been pushing forth more pro-business policies and incentives to encourage foreign investment.

Nonetheless, India still has a long way to go in terms of making things easier for potential investors. In comparison with Singapore, which consistently ranks second in the World Bank’s global survey on the ease of doing business, India ranked at 63 out of 190 economies in 2020, moving up 14 places from the 2018 rankings.

Key considerations that investors would be primarily concerned with are the basic essentials. How long does it take to incorporate a business? What procedures are required? How soon can I commence business operations? We explore the answers to these questions. 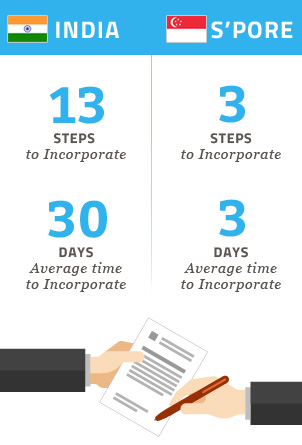 In Singapore, the number of procedures required, be it a private company limited by shares, a partnership or a joint venture, is only three, which can be completed within a day, assuming that all approvals are obtained from the relevant government authorities. Instances, whereby investors may not get immediate approval, are also usually easily resolved.

For certain sectors such as architecture and medicine, professionals are first required to obtain a professional or business license from the respective statutory boards or ministries in charge, before incorporating the company. As most of the procedures and applications are done electronically, the incorporation process for a company is relatively hassle-free. Post-incorporation, a company can commence its business operations immediately.

In contrast, India requires an average of 13 procedures to be completed before a company can be incorporated, taking an average of 30 days. While some procedures such as obtaining a director identification number and reservation of the company name are electronic, there are various registration processes that take more than a week to complete, such as registration to obtain a tax account number.

However, as part of Prime Minister Modi’s push to improve India’s image as an investment decision, the Ministry of Corporate Affairs recently announced that private companies would no longer have to wait for a certificate of commencement before starting business operations. Previously, a private company would have to apply for this certificate post-incorporation; and approval of this certificate could take up to 30 days.

India also has two business structures that Singapore does not have, namely the Liaison Office (“LO”), which is set up by foreign corporations to facilitate business promotions or explore opportunities. Permission to set up a LO is initially granted for a period of three years and may be extended for a further three years upon the date of expiry, subject to the fulfillment of certain criteria.

More importantly, an LO is prohibited from engaging in any commercial or business activities. The other unique business structure would be a Project Office (“PO”), which is specifically for foreign companies that have secured a contract from a domestic company. Similarly, there are certain conditions that have to be met.

Broadly speaking, Singapore’s business structures are less restrictive in terms of the nature of investment, ownership, and type of business activities. Indeed, in the Open Markets Index 2017, a global survey carried out by the International Chamber of Commerce, which surveyed factors such as observed openness to trade, trade policies, foreign direct investment openness, and infrastructure available to facilitate trade, Singapore ranked first globally, while India ranked 64, out of the 75 countries surveyed. 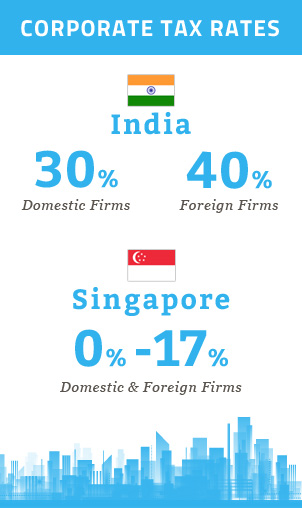 Singapore’s tax system is relatively simple and payment of taxes is also not difficult, as it can be done via online banking or at the multiple payment kiosks located island-wide. With a flat corporate tax rate of 17% that has been consistently ranked as one of the lowest in the world, Singapore is definitely a very tax friendly and attractive place for potential investors who wish to optimise their revenue.

In addition, there is preferential tax treatment and various tax reliefs that can be easily applied for. A few examples would include the Global Trade Programme (“GTP”) and Regional Headquarters Award (“RHQ”).

The GTP and RHQ are targeted at foreign corporations who earn income from qualifying commodity derivatives or freight derivatives, or open their regional headquarters in Singapore, respectively. While there are certain criteria to be met for each of these schemes, information is generally easily available online and investors can also choose to consult a professional tax consultant to learn more.

More importantly, India has a concept of a Minimum Alternate Tax (“MAT”), which dictates that companies with low or zero tax liabilities are still subject to a corporate tax charge of 18.5%.
Comparatively, India’s tax system is relatively more complex. The corporate tax rate for domestic companies is 30%, while foreign companies are taxed at a relatively higher 40%, if taxable income exceeds 10 million Indian Rupees (approximately equivalent to US$141,838). This is relatively high, compared to the Europe average of 19.68% and the global average of 26.47%.

In contrast, Singapore is far more tax friendly and has a tax exemption scheme for new start-up companies, whereby a newly incorporated company can claim for full tax exemption on the first S$100,000 of normal chargeable income for each of its first three consecutive years of assessment, provided it satisfies the qualifying conditions, which are not overly stringent.

As a small city-state, Singapore is highly accessible, physically and wirelessly, with the Infocomm Media Development Authority of Singapore pushing for ultra-high-speed broadband access to be made available nationwide. In contrast, India has a huge land mass of 3,287,590 sq km; and many of the rural areas outside the cities are largely inaccessible. In fact, even infrastructure within the main city centers is not sufficiently developed. One of the main criticisms that local and foreign businessmen have raised is with regard to the relatively undeveloped infrastructure in place, particularly for imports.

In fact, in a recent news interview, a Sydney-based Australian importer commented, “Getting product cleared through Customs once it arrives is the biggest problem we have. We only ship small amounts of frozen product into India because it can take up to 50 days to clear the airport”. This is in stark contrast with Singapore, where a shipment can be in the buyer’s cold store within five hours after arriving at the docs. Particularly where perishable goods are concerned, the length of time taken for imports to reach a place of business can mean losses for the buyer. Hence, investors have to understand the nature of facilities and infrastructure in place and the suitability for their business, before deciding to commit to running business operations in India.

Singapore’s population constitutes of four major races – the Chinese, Malay, Tamils, and Eurasians. Unlike that of the United States, which advocates a “melting pot” culture, the Singapore government advocates racial harmony, where the cultural differences of each race is respected in mutual harmony, hence the policy of having four official national languages, English, Chinese, Malay and Tamil, with English is the standard language of communication. Hence, investors will find that local employees are a unique breed, with most of the population being bilingual, with some knowledge of the other national languages. Comparative to its South East Asian neighbors, which are dominantly Muslim or Chinese, Singapore is also far more westernised in terms of business norms and practices. 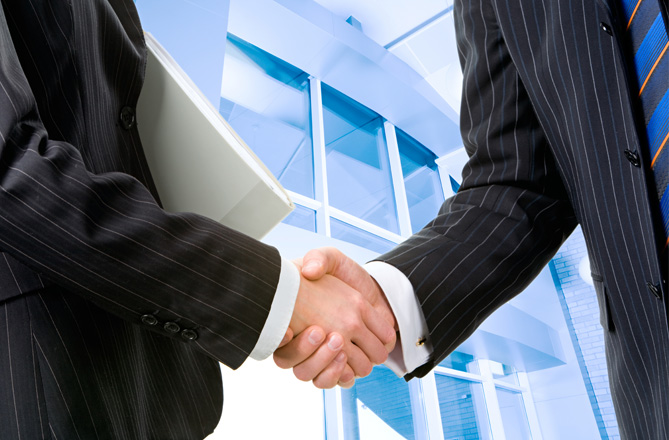 On the other hand, India has a deeply ingrained caste system, which, while no longer highlighted by national newspapers, is still prevalent throughout Indian society. This restriction for social mobility and incompatibility with Western values is something that foreign investors still continue to struggle with and understand, particularly when it comes to hiring and understanding their local employees. For example, there are job and education quotas for people of different castes, a policy that is hardly seen anywhere else in the world.

Certainly, doing business in any emerging market has its inherent challenges. However, whether an investor is willing to face and conquer the challenges of poor infrastructure, local cultural customs and high taxes, is something to be contemplated when thinking about doing business in India or Singapore.

For details on how to go about doing this, read our guides on company registration, work visas, corporate compliance, and taxation. Or contact us to talk to our specialists.