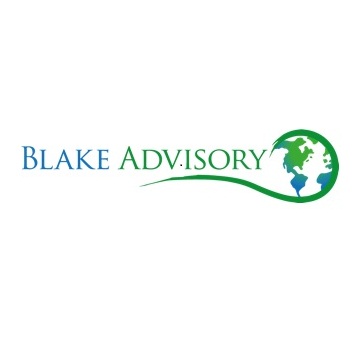 Blake Advisory Pte. Ltd. is pleased to announce that Dr. Martin A. Blake, Global Sustainability Strategist and Professor of Sustainable Business Development, has recently been named one of the Top 100 Global Sustainability Leaders of 2012, an honour he was also awarded in 2011 and shares with many of his well-deserving peers. Recipients were selected by Sustain Ability Showcase Asia and ABC Carbon from among nominations and recommendations emanating from six continents. Honourees include Nobel Prize winners, scientists, architects, designers, artists and CSOs/CEOs of international businesses.

Dr. Blake is a sustainability expert and visionary strategist in the vanguard of the sustainable development movement. He is internationally recognised as having designed and deployed one of the most successful energy conservation programmes in the world, saving millions of pounds annually and winning multiple national and international awards.

When asked what this honour means to him personally, Dr. Blake said, “For me it’s always good for high achievers to be recognised so that others can aspire to be acknowledged and continue to be inspired by their own achievements. Success requires passion, effort, dedication and personal growth, and it is my sincere hope that accolades like these will encourage a new generation to keep doing what they’re doing.”

Dr. Blake went on to say, “I’d like to congratulate all those who were also named this year, among them international sustainability educator and designer, May East, CEO of CIFAL Scotland, UNITAR Associated Training Centre and Gaia Education. May is a tireless, diligent advocate for the sustainability agenda, addressing pain and suffering around the planet under the auspices of the United Nations. Her relentless efforts, leading a whole generation of sustainability educators in 31 countries, have distinguished her as worthy winner for the second consecutive year.”

“I also look forward to seeing some of today’s rising stars, who have yet to be recognised, emerge as Top 100 Leaders next year. A noteworthy example is Scotland’s Polly Higgins, international lawyer, award-winning author and barrister, who has proposed to the United Nations a law of Ecocide (the extensive destruction of ecosystems). Polly is considered to be one of the “Top Visionary Thinkers” by The Ecologist and was named The Planet’s Lawyer by the 2010 Change Awards. Her proposal to the United Nations is that ecocide be added to existing Crimes Against Peace which include genocide, crimes against humanity, war crimes and crimes of aggression, with a view to ending all ecocide by 2020 and transforming the way we do business.”

Dr. Blake’s own exemplary leadership role is reflected in his working portfolio of board directorships, advisory roles and keynote speaking engagements encompassing Asia, Australia, Canada, the USA and Europe. He is the owner of Singapore-based Blake Advisory, the Founder and Chair of UK-based Carbon Zero Solutions, Director of Sustainable Development at IndustryRE (UK), a Non-Executive Director of Sabien Technology (UK), Ecologic Transportation (USA), and Amida Recruitment (UK), as well as a Strategic Advisor to the Boards of CarbonSystems (Australia), MOSS (Models of Success and Sustainability, Australia), The Green Asia Group (Singapore), and The Upcycle the Gyres Society (Canada).

He also chairs and advises a multitude of strategic groups, all focused on the development and deployment of energy efficient infrastructure. As such, Dr. Blake is at the forefront of a generation of change agents, leading by example, who know that profitable business practice is enhanced by a more intelligent use of natural resources to create resilient businesses for the 21st century.

Rikvin is delighted to congratulate Dr. Martin A. Blake, an esteemed client of Rikvin, for making it in the Top 100 Global Sustainability Leaders list for the second year running. “We would like to applaud Martin for his tenacity and efforts in conservation as well as sustainability. We fully support Martin’s endeavors and look forward to Blake Advisory’s continued success and growing influence in Asia,” commented Mr. Satish Bakhda, Head of Operations at Rikvin.
– END –

ABOUT BLAKE ADVISORY
Blake Advisory is owned and operated by Dr. Martin A. Blake, Top 100 Global Sustainability Leader and award-winning energy conservation strategist. Based in Singapore, Blake Advisory is the legal entity through which Dr. Blake provides international board level advice and leadership in sustainability and financial intermediary services to the clean-tech industry.