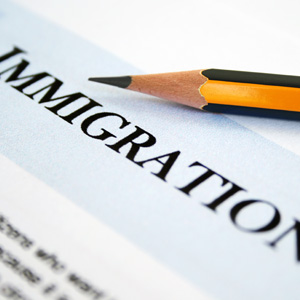 According to a recent report on Bloomberg, the Singapore government has revealed that it has rejected 4% more of all Singapore work pass applications in the first-half of this year, vis-a-vis the whole of 2011 (26%). The same is true for the new Singapore permanent residents (PRs) intake over the last two years.

The figures represent a new immigration reality in the city-state says Singapore Company Registration specialist Rikvin. According to Rikvin’s analysis, the lower approval rate is due to higher qualifying requirements for the Singapore employment pass with effect from 1 July 2011. In addition, higher and bona fide education qualifications as well as higher commensurate salaries required of older applicants were effected on 1 January 2012. Moreover, with the reduction in the S Pass sub-Dependency Ratio Ceiling (DRC) from 25% to 20% of the total workforce from 1 July 2012, the number of foreign workers in Singapore are expected to decrease even further.

“Essentially, the government is trying to balance out three different parameters. These are – 1) calibrating the rapid growth of foreign manpower to date, 2) ensuring that local as well as foreign companies do not lose their edge due to manpower shortage, and 3) raising productivity across the board in all sectors of the economy,” said Mr. Satish Bakhda, Head of Operations at Rikvin.

“Overall, the effort is to maintain the ease of Singapore company formation and issuance of work passes to high-skilled foreign professionals, while addressing the genuine concerns for a level-playing field of all Singaporeans,” he added.

Meanwhile, in a bid to ensure Singaporeans remain at the core of the workforce and there is a shift from labor-driven to productivity-driven growth, the Parliament passed amendments to the Employment of Foreign Manpower Act (EFMA) early this week. These are in line with the steps taken by the Ministry of Manpower (MOM) since 2010, following the recommendations of the Economic Strategies Committee, to moderate the inflow and raise the quality of foreign manpower in Singapore.

In a similar vein, Deputy Prime Minister Teo Chee Hean, in a written reply submitted to the Parliament, has recently revealed that the number of new PRs has decreased from an average of 58,000 annually between 2004 and 2008, to 28,500 per year since 2010. Even though the number of new Singapore citizens has remained relatively stable, at an average of 18,500 per year in the last five years, fewer citizenships were granted in 2011 due to the introduction of the Singapore Citizenship Journey. This new measure has lengthened the time taken for applicants to be granted citizenship by about two months.

“This again elaborates the Singapore government’s considered view to assess the citizenship applicants’ ability to live a meaningful life, contribute to the growth of Singapore, integrate well into our society and establish their roots here,” concluded Mr. Bakhda.