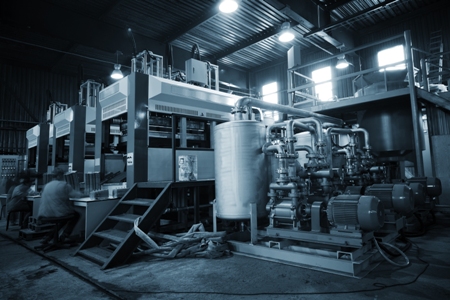 Second Minister for Trade and Industry S.Iswaran’s announcement this week on the joint development of a LPG import facility by Holland’s Vopak and South Korea’s SK Gas in Jurong Island has reinforced Singapore’s viability to international petrochemical companies says Rikvin. The announcement took place at the inauguration of the new facility by Infineum International in Jurong Island, which is jointly operated by ExxonMobil and Shell to produce salicylate for the use as lubricant additives.

The vibrancy of the petrochemical industry in Singapore is attributed to the investments poured in by the major global players of this industry such as BASF, Lanxess, Mitsui Chemicals, and Shell. To date, the country has raked in over S$35 billion as it steadies itself as the world’s petrochemical hub.

Earlier this year in March, Sumitomo Chemicals launched their first Asian plant outside Japan in Jurong Island, making it one of the world’s largest manufacturing sites for the synthetic rubber with a yearly capacity of 40,000 metric tons. Even before that in January 2014, the oil and gas mammoth ExxonMobil unveiled their largest-ever, multibillion dollar chemical expansion plant in Jurong Island, making it the country’s largest manufacturing investment by far.

“There is a growing demand for petrochemical products all over the world and petrochemical companies are recognising that Singapore is the region’s brightest petrochemical hub to cater to such demand”, said Ms. Christine Lim, General Manager of Rikvin.

According to the Economic Development Board of Singapore (EDB), the factors that make Singapore such an attractive destination to petrochemical companies are:

The Republic has undertaken considerable efforts to ensure that petrochemical companies that set up in Singapore will not face a dearth of skilled talent. This was accomplished by opening the Chemical Process Technology Centre in Jurong Island with a live kerosene splitter to train engineering graduates, by the use of simulations of the initiation, termination and safety procedures.

The country’s stellar track record of IP rights protection also enhances its appeal to petrochemical companies that are seeking to develop and commercialise proprietary manufacturing processes and technologies. For instance, the proprietary OMEGA technology conceived by Shell is being implemented in the MEG plant it had founded in Singapore. “Singapore is at the forefront of the petrochemical industry in the world, and there is no doubt it will continue to attract petroleum companies to its shores to set up plants. It has become the first-rate choice for such companies to quickly ramp up their operations and propel growth in Asia”, declared Ms. Lim.