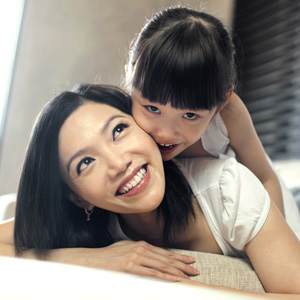 Citing the dangers of productivity loss and operational disruptions, the Singapore National Employers Federation (SNEF) has expressed criticism over the labor movement’s clamor for longer maternity leave in Singapore.

In an effort to boost Singapore’s low birth rate and encourage more Singaporeans to procreate, the National Trades Union Congress (NTUC) recently proposed extending the current 4-month maternity leave to 6 months of paid leave, with an option for another 6 months’ unpaid leave. Among other recommendations, the NTUC also suggested granting a mandatory 2-day paternity leave.

The SNEF argues, however, that NTUC’s recommendations will be detrimental to Singapore businesses in general, underscoring the potential for employers to incur additional costs in filling the productivity gap.

Instead, the SNEF recommends financial benefits for new parents, plus a number of incentives that will enable companies to provide a more parent-friendly workplace. For example, the Government can provide a tax incentive to employers whenever their employees go on maternity leave, with the savings to be reinvested into creating a more family-friendly work environment.

Analysis by Singapore company incorporation specialist Rikvin, however, finds little cause for concern over the labor union’s proposal.

“It should be noted that there are countries with thriving economies that offer longer maternity leave,” said Mr. Satish Bakhda, General Manager and Head of Rikvin’s Operations. “For example, Denmark and Sweden offer 52 and up to 16 months of paid leave respectively. Canada, for its part, grants 15 weeks maternity leave plus up to 35 weeks parental leave.”

“We understand how a Singapore company can worry about loss of productivity, but this can be an opportunity for employers to create opportunities for short-term or contractual work for Singaporeans and Singapore permanent residents,” Mr. Bakhda continued. “In the long run, employers can save on recruitment and training costs resulting from high employee turnover. Ultimately, it may even lead to higher job satisfaction and better productivity not only among new mothers, but among women in general. After all, one of the national priorities is to get more women back into the workforce.”

“More than productivity loss, however, Singapore’s declining fertility rate is a very complex issue,” Mr. Bakhda articulated. “It can be recalled that of late, the Civil Service College and the Institute of Policy Studies (IPS) indicated that the persistently low fertility rate could make sustaining strong economic growth a problem.”

Analysi by Rikvin shows that an IPS study released in May of this year that showed that Singapore’s annual 3.6% labor force growth in the past decade has the potential to plummet in succeeding years, even if Singapore opens its doors to foreigners.

“Given the government’s recent agenda to manage the inflow of basic and mid-skilled foreign talent, we have an escalating problem in our hands,” said Mr. Bakhda. “As the country’s total population declines, the young will be burdened with more taxes to support the elderly. In essence, Singapore must raise its total fertility rate; otherwise, it will become very difficult to support the aging population.”

In conclusion, Mr. Bakhda emphasized, “Singapore urgently needs to develop concrete solutions to the dwindling birth rate. Perhaps the labor union’s proposal is a viable step in this direction.”