Chat With Us
You are here: Home / Press Releases / Views Sought on Fertility Immigration and Integration in Singapore 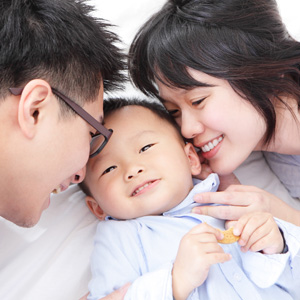 Singapore’s National Population and Talent Division (NPTD) is comprehensively examining the republic’s population policies, and will be releasing a policy paper by the year-end.

Aimed at building a sustainable population while maintaining social cohesion, economic vitality and a harmonious living environment for all, NPTD has initiated a public engagement program by inviting Singaporeans to share their views, aspirations and concerns relating to the same over the next three months.

Outlining the key issues in a paper titled “Our Population Our future”, the NPTD listed low local birth rates resulting in a shrinking ageing population and workforce, as the main demographic challenge of Singapore. According to the paper, given the current birth rates and without immigration, Singapore’s citizen population will begin to shrink around 2025. The number of elderly citizens will triple to 900,000 by 2030, and they will be supported by a smaller base of working-age citizens.

The NPTD is seeking views and suggestions on the following issues:

GETTING MARRIED AND HAVING CHILDREN

INTEGRATION IS A COLLECTIVE JOURNEY

Notably, as on December 2011, Singapore’s total population was 5.26 million. Of this, 3.27 million were Singapore citizens, and 0.54 million permanent residents, making the total resident population of 3.81 million. The remaining 1.46 million is the non-resident population comprised of persons who are working, studying or living in Singapore on a non-permanent basis.

The NPTD has in May this year released the government’s first occasional paper on population issues affecting the citizen population. The Division’s study noted that even with total fertility rate (TFR) raised to 2.1, if no new citizens are taken in, the population of Singapore will shrink. Moreover, if TFR remains at 1.2, a yearly intake of 20,000 to 25,000 new citizens is required to keep the population steady.

Rikvin’s analysis also shows that while Singapore should focus on developing concrete ways to tackle the dwindling birth rate, it cannot afford to stop attracting migrants. “Having more number of young foreign professionals means a more productive and future-ready workforce. This translates to the possibility of building families and mitigating the low-birth trend that Singapore has been facing for years,” added Satish Bakhda, Head of Operations at Rikvin, a Singapore company registration specialist.

“On the other hand, while we aspire to grow our population, we have to ensure whether we have the resources to accommodate the larger population and make Singapore a comfortable home for all. As we know, Singapore is one of the most expensive cities to live in Asia and currently offers a high living standard for those who can afford it. Thus, we must be able to balance our needs with our capabilities,” confirmed Mr. Bakhda.

Members of the public may send in their views by 31 October via www.population.sg or by emailing at nptd_contact@nptd.gov.sg